He’s Bo yo and he’s the greatest rapper ever, but his show just got cancelled. MTV has pulled the plug on the short lived Zach Stone is Gonna Be Famous. 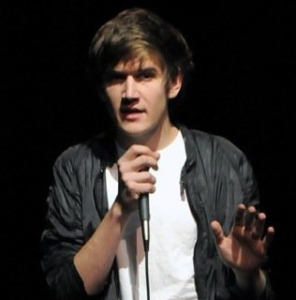 “@CarlsJr are you hiring?” Burnham tweeted yesterday. Of course they responded “Always! How Are you in the kitchen?” Touche, Carls Jr.

Bo Burnham took to Facebook earlier today to post a longer, heartfelt message about his show. He said that while he was disappointed he was thankful that Zach Stone got out there to people. Maybe it was just a one season thing?

“I do, however, want to emphasize what, in my opinion, is NOT a reason for the show’s lack of viewership. I don’t think MTV’s audience is dumb. I don’t think young people in general are dumb or stupid or shallow. I love my generation. I really do. I believe that the “internet generation” (or “cyber generation” if you want to sound even lamer) is very misunderstood and underestimated. What many older people dismiss as my generation’s short attention spans, I see as young people hunger for density, demanding that every second of material that you give them is worthy of their time. This challenge, though daunting, is a good thing. It pushes art forward.”

Fans rallied in Facebook comments, suggesting he take the series to Netflix, who has been bringing new and dead shows, like Arrested Development, to users.

Being a YouTuber, it’s not the end of the world for Burnham. He’s promised fans that he’s releasing a book of poetry and a new standup special later this year.

“If you liked the show, I am sorry that you won’t be getting more of it soon. But please don’t feel sorry for me. I am the luckiest guy that I know. And my experience with “Zach Stone” has only affirmed that belief.”