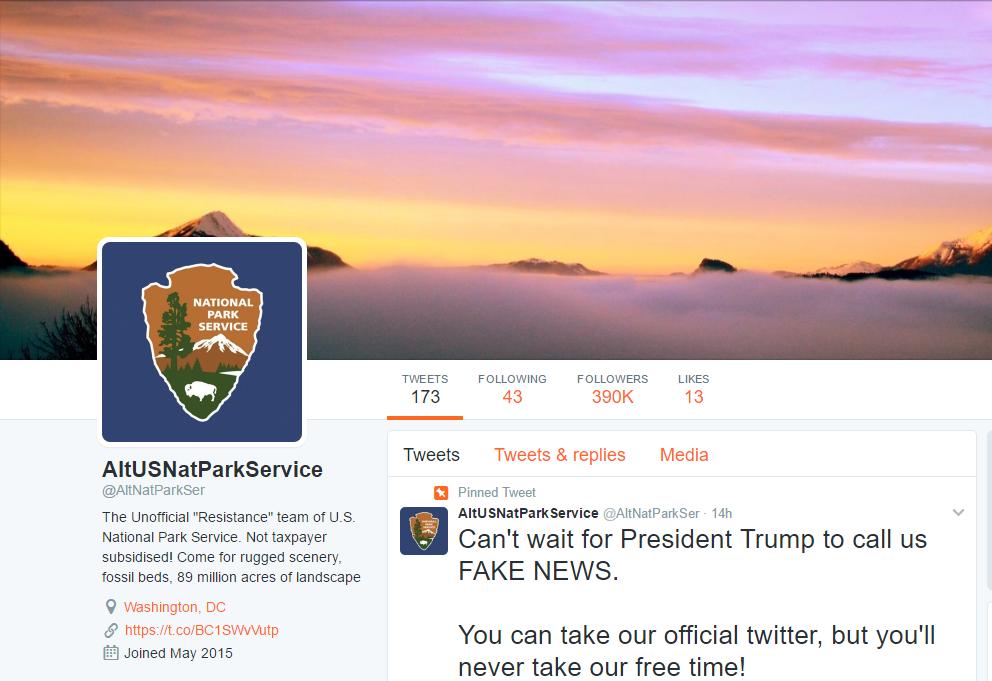 Mr Trump, you may have taken us down officially. But with scientific evidence & the Internet our message will get out.

While it is unclear who is actually behind this new Twitter account, and whether or not it was actually created by employees of the National Park Services (NPS), they are claiming to be actual NPS workers including park rangers.

We are definitely real! Come visit us at Mt Rainer National Park.

(We are in Washington) https://t.co/yjQfZKRHLF

One thing is for sure, whoever is behind this unofficial Twitter account is surely trying to goad Trump. Wait until you see their Tweet on the next page…

Can’t wait for President Trump to call us FAKE NEWS.

You can take our official twitter, but you’ll never take our free time!

The National Parks, forest and wilderness reserves in our country are our greatest natural assets. We’re scared for the future. #Keystone

Last tweet of the night. Our wives are REALLY mad.
Please join & support the Scientist March on Washington.
Details https://t.co/i7kO1o8JvB

And their humor is helping them to grow exponentially…

What do we want?
Peer-reviewed Science
When do we want it?
Yesterday, please!

They are already at almost 400,000 followers and growing rapidly. Apparently, this Twitter account has been around since May 2015, but it wasn’t regularly used until Tuesday.

So what do you think? Are there real rangers and NPS employees running this new Twitter account? Will Trump’s administration respond? Please leave a comment below and let me know what you think!