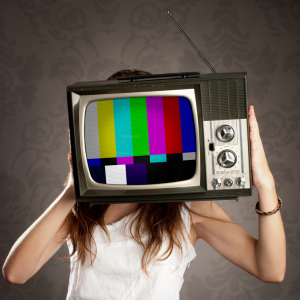 The CW is really coming back lately. After losing One Tree Hill, 90210 and Gossip Girl, the network has brought in new shows, The Carrie Diaries and Beauty & The Beast, to brings viewers in. Now they hope that their Hunger Games style reality series will get them more ratings.

“You will hunt and be hunted,” says the host. It’s basically tag mixed with capture the flag. Only the teams are capturing each other.

The ties between Capture and Hunger Games are blatantly obvious. There are 12 teams of two and they all wear black jackets and pants while running through the woods. Instead of killing each other, the contestants lock each other up in big cages. Everyone is hooked up with locators that start to trigger if someone is immobile for more than three minutes. At least Katniss Everdeen could sleep in a tree.

They have to live in the woods for one month and compete for resources. Each week, one team will be The Hunters and they must capture as many teams as possible. The winning team gets $250,000. The show was renamed Capture from The Hunt earlier this year.

With this Hunger Games theme, do you think the series will be suspenseful or a little creepy? In the books and movies, the citizens of the Districts were not happy to watch the Hunger Games, unless they were from the Capitol and didn’t have loved ones and neighbors in the ring.